Participants of the project 2013 with Ilse Heinrich and Charlotte Kroll: 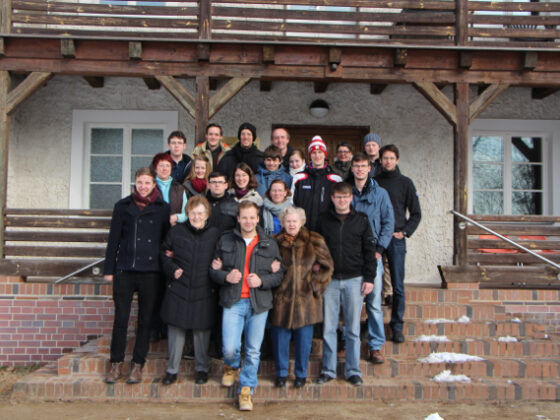 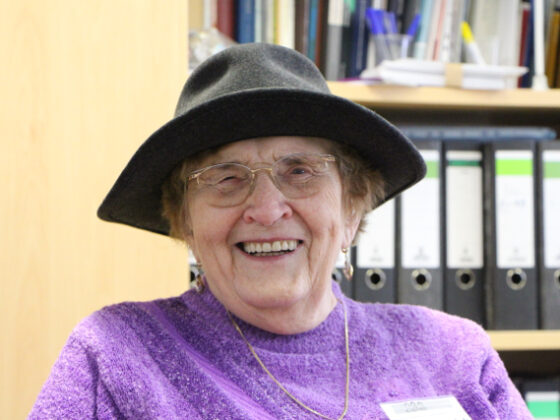 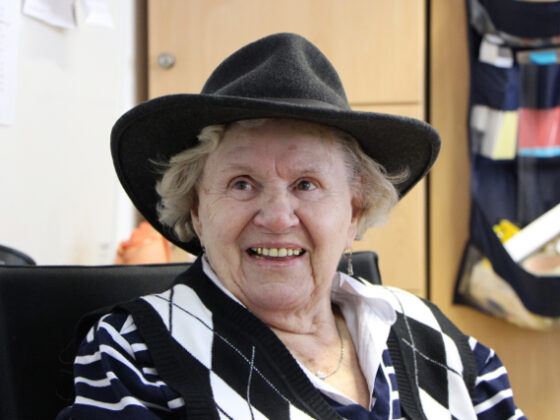 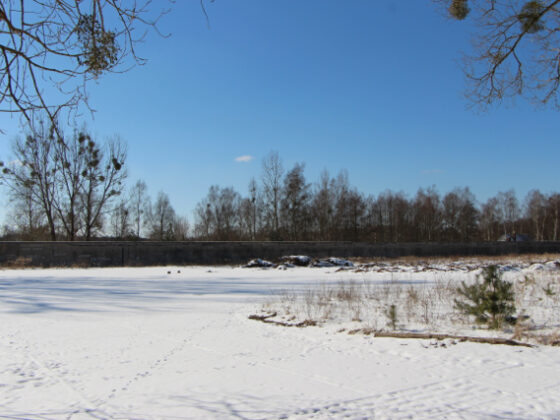 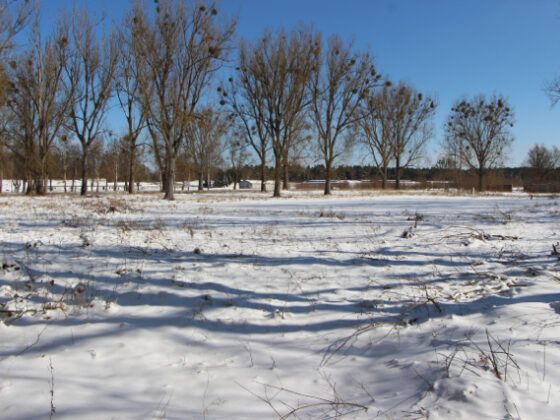 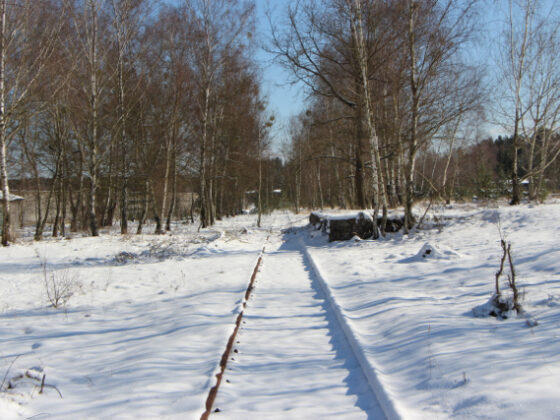 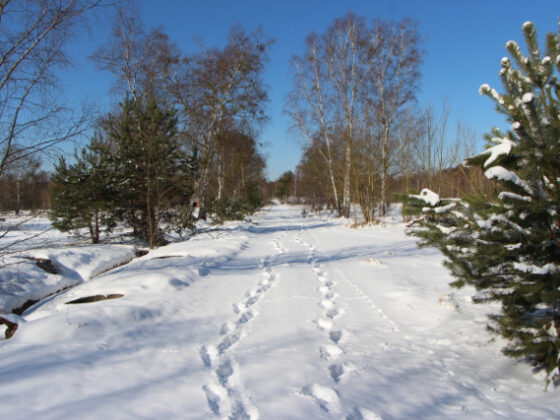 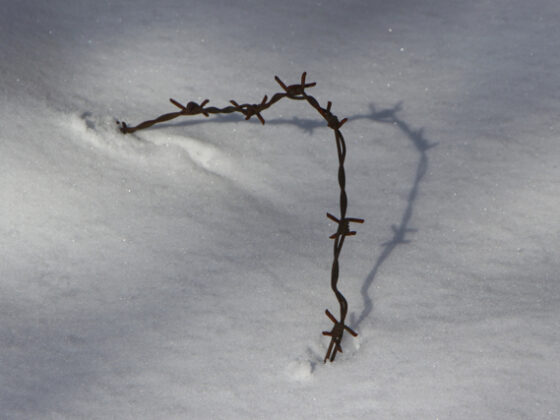 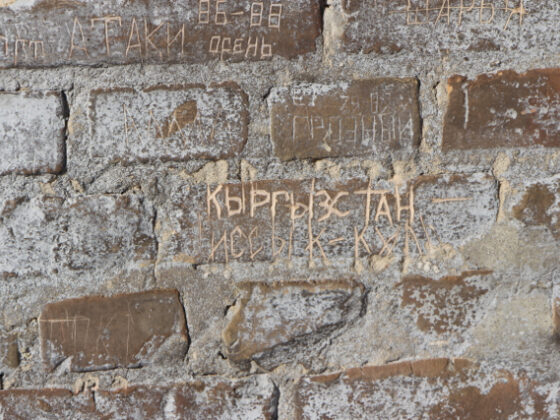 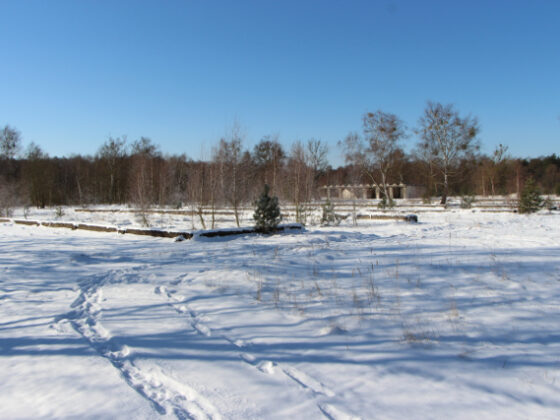 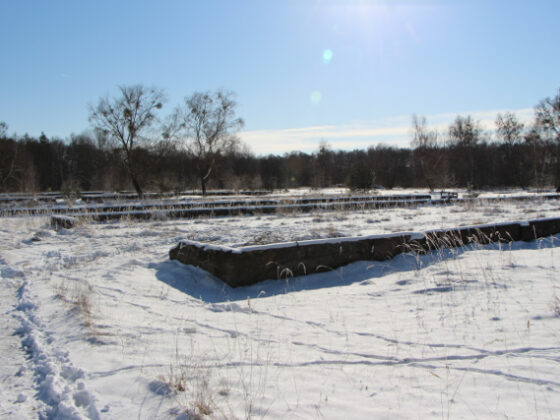 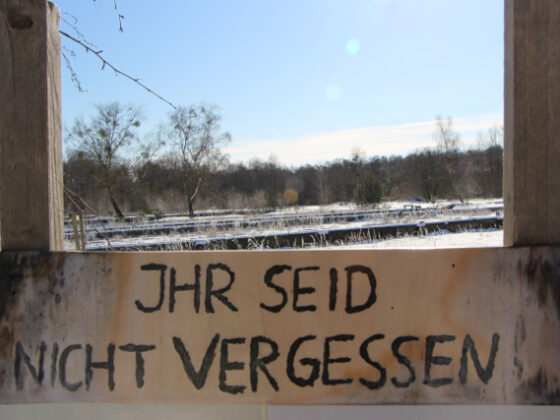 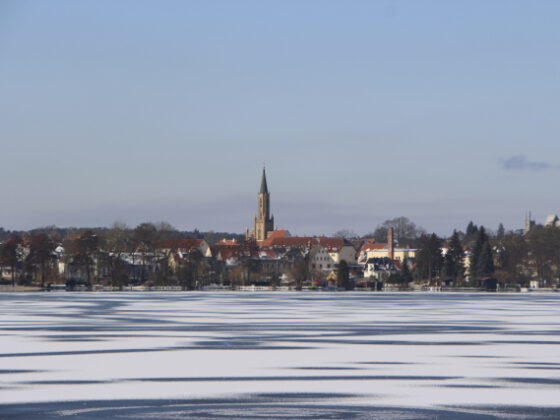 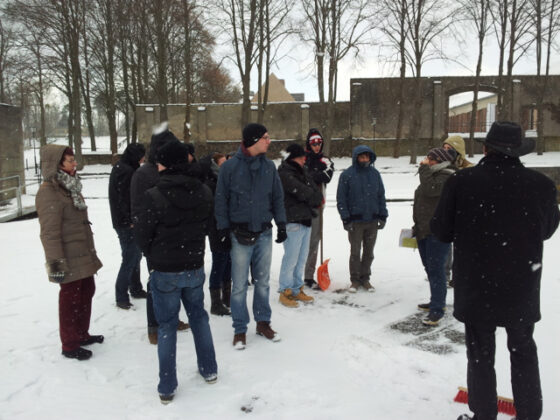 Interview with a project participant

Tobias, what motivated you to participate in the project?

„My social studies teacher asked me in November if I was interested in participating in a project week at the concentration camp (KZ) Ravensbrueck. The KZ Ravensbrueck had a Siemens facility attached to it. It was especially the opportunity to meet two contemporary witnesses and interview them which interested me. The project results were to be shown in a presentation later, and added to the already existing website.“

Had you visited a KZ before or met a witness?

„No. The visit to Ravensbrueck was my first to a KZ, and I had also never before talked to a contemporary witness. I had read some literature and watched documentaries on the topic of national socialism. Therefore I was very keyed up to be seeing those women in person and to get to know them. You could of course already read interviews with witnesses made by students of the vocational school “Werner-von-Siemens-Werkberufsschule” in recent years, but I certainly didn’t want to miss the opportunity to experience this personally”

What were your first impressions at Ravensbrueck?

„We arrived at the youth hostel and the memorial site Ravensbrueck on a Monday at noon. The contemporary witnesses had not arrived yet, so went straight to lunch. When I stepped outside afterwards, the two ladies were just arriving. I helped them out of the car and walked one of them to the house, as it had been snowing. The first thing Charlotte Kroll said to me was that she could not walk properly anymore, a long-term consequence of her forced labor at Siemens and her time in the KZ.“

What were your impressions on the tours of the main camp and the former Siemens premises?

„We made the tour through the main camp right at the beginning of the project week on a Monday. Most parts of the barracks and the “reception building” were gone or there were just some foundations left over. As it had snowed in the days before and was continuing to do so, you could only guess where they had originally been though. Matthias told us how the prisoners had to stand to attention at roll calls on the square between the barracks every morning. Even we – dressed in warm winter clothes – got cold very quickly just standing there at 5° below zero. It gave us a first impression of the inhumane conditions the prisoners had been exposed to.“

What other experiences did you make?

„We also visited the prison and the crematorium. Being told of the horrors committed there was very depressing. It is very different – just reading or hearing about these places or visiting them in person.“

What did you learn about the Siemens facility?

„We visited the premises of the Siemens facility the next day. The production site was about one kilometer from the main camp. There wasn’t so much to see here, as most former barracks and production halls had been demolished, and the Red Army had rearranged the site after the war. We were therefore only able to see the footprints and foundations of some of the production halls.“

What were your impressions and experience of the witnesses?

„Charlotte Kroll and Ilse Heinrich were both very kind and friendly people and it was interesting to work with them. To hear about the fate and life stories of both of them was very moving.“

How did you spend the next days?

„We had already assigned some tasks in our preparatory meetings for the project week. There was a total of 15 people in our group, some of whom were assigned to do interviews with Charlotte Kroll and Ilse Heinrich. Some dealt with further development of the website, edited the videos or photos or worked in the archive to find out more about the labor camp. The sources available are enormous, so a lot of data has still not been evaluated to date and you can easily get lost in the extensive archives.“

What was your task?

„I dealt with the Loretta Walz video archive, it includes videos of a number of contemporary witnesses on the topic of Ravensbrueck. I was looking for specific information about the work in the Siemens labor camp. It was very interesting work, but unfortunately I was unable to collect a lot of new information that was suitable for the website.“

How will your project results be documented and/or presented?

„The largest part of the work is, of course, contributing to the expansion of the website, but we also had a project report presentation at the end of the week in which we were able to present our first work results. The Diversity-Day (in June) will be one date where we can present our finished results of the project as a whole.“

How did you find the project overall and would you participate again?

„It was a very exciting and interesting week. To meet these two people, who are so full of joy and sympathy despite their terrible past was impressive. It’s why the participation in the project, despite the depressing topic and the full workload, was so rewarding at every turn and I would always participate again. There was also not enough time to see everything on the site and I would like to learn and explore more.“