The premises of the Siemens facility 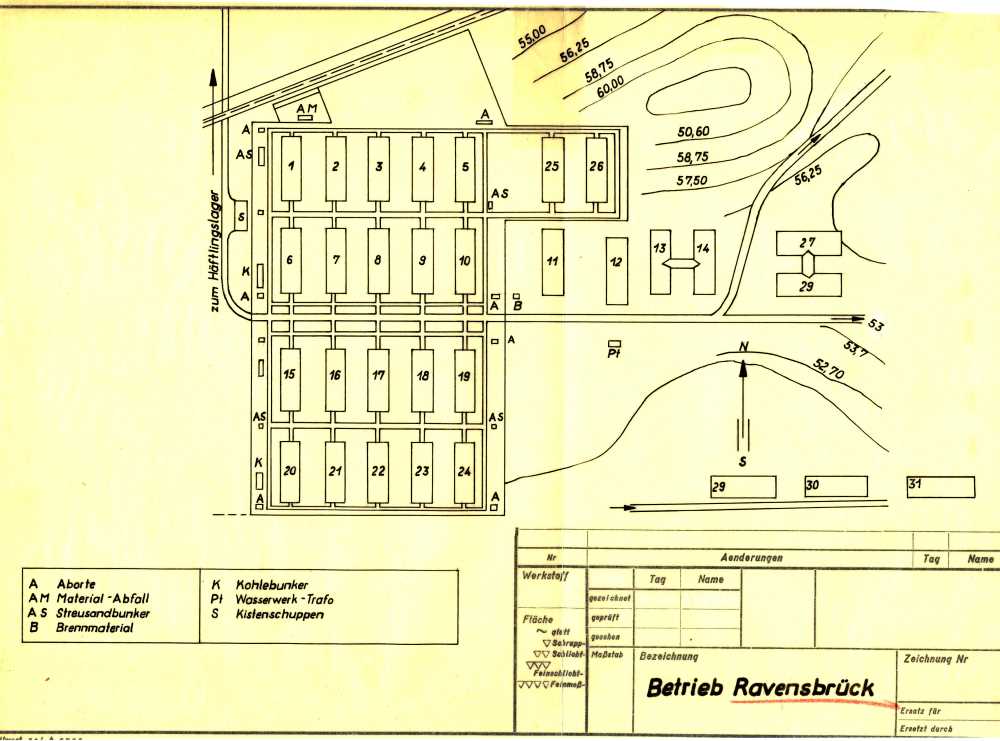 According to witnesses, canonry and ammunition were also made here from 1944 to 1945, as these had a higher priority towards the end of the war. After its liberation in 1945, the KZ Ravensbrueck  nearly seamlessly transferred into the hands of the Red Army. Between 1945 and the middle of the 1450s, barracks were torn down bit by bit and partially replaced by newer buildings on the old foundations. Today some of these foundations are still visible, giving an impression of the 100.000 m² extent of the camp.

A tour of the premises

Foundations of a work hall

The concrete foundations of the former work halls of the Siemens facility are hard to discern nowadays: grasses, flowers, small trees and weeds have grown over the relics of the past. Trainees and students of the Siemens Professional Education school take a trip to the former camp each year to clear pathways and foundations from vegetation, exposing them again, to give a better impression of the dimensions of the halls and the size of the production facility. Information boards with statements of former prisoners were also made and put up, to make the past of the location experiencable. 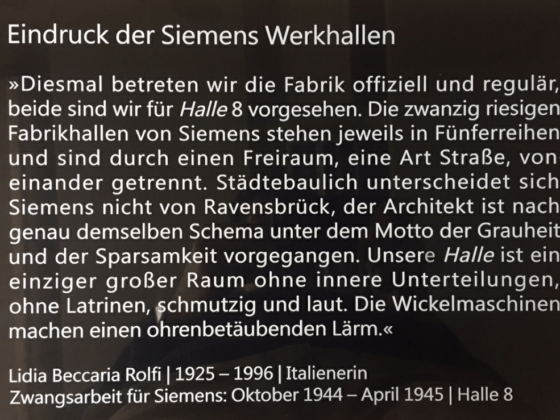 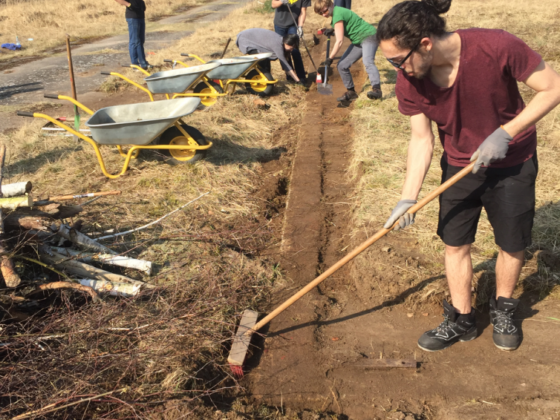 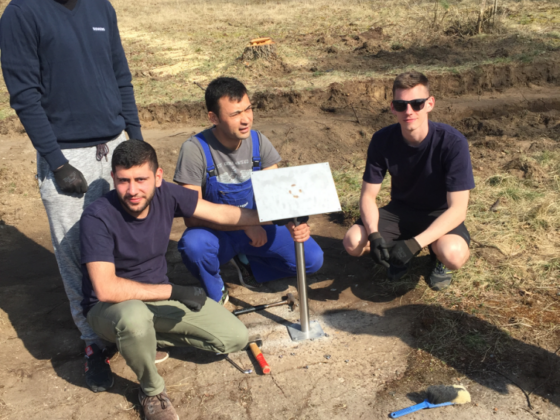