On 17th July 1924, Ilse Zietz was born in Hornsdorf near Wismar. Her mother died of tuberculosis in 1930, a while after which her father remarried. The relationship to her stepmother was bad and she arranged for her to be drafted into farm labour. Isle ran away from home several times, until her stepmother threw her out of the house and she found shelter in various farmers families. She was eventually picked up by the police and officially described as „work-shy“. 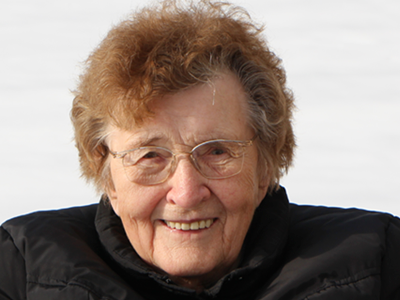 She was put into a care home in Guestrow on 3rd November 1943, from which she was transported to the KZ Ravensbrueck on 3rd August 1944. On arrival, the women’s hair was shorn and all private belongings confiscated. She was forced to work in the KZ’s sewing room, where she made camouflage clothes for the SS. During her work she was severely abused by overseers. She was also made to stand at attention for literally whole days when any woman had run away from the camp. They were made to watch when the body of the escapee, torn to shreds by dogs, was returned to camp. This is what you will end up like, the female wardens told them. In 1945 she was transferred to the hospital ward, where terrible experiments were performed on the inmates. Isle witnessed young Sinti and Roma women being involuntarily sterilized, Polish women had bones removed from their legs, or their wounds were deliberately infected. Ilse barely registered what was going on around her – she was in a trance-like state.

Shortly after this, she was liberated from the KZ. With the help of an inmate nurse, she managed to leave the abandoned camp. Ilse’s descriptions of how she had to crawl, on all fours, past open mass graves, are haunting. She did not manage to go far, but dragged herself to the nearest house of a camp overseer just outside the walls of the KZ. Shortly after, the first Russians arrived on horse. They raped the completely emaciated Ilse and the camp nurse, until higher officers arrived and restored order. After 14 days, which she had to spend with the Russians to gain some strength, she made her way back home, but her family rejected her. Her stepmother saw her as a burden, and so she had to go back to staying with farming families.

In the time from 1944-45, she worked in a workhouse in Guestrow, after which she worked from 1947- 48 in a wood factory. In 1949, she got a position as a kitchen helper in an orphanage. She married in 1951, moved to West Berlin and started a family. She was still however, under constant observation by the police and the youth welfare service, because of her branding as „work-shy“ that she had received in the Third Reich.

From 1995, Ilse has been telling her life’s story in small talk groups to adolescents. In 2010, she was awarded an Order of Merit by the state of Brandenburg.

In 2014, Ilse was given the „Medal for Services to the Community“.